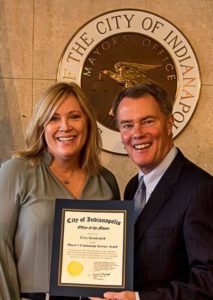 Congratulations to Peggy McKinney Neal on receiving a Sagamore of the Wabash from Governor Eric Holcomb for her decades of service to Indiana Philanthropies.