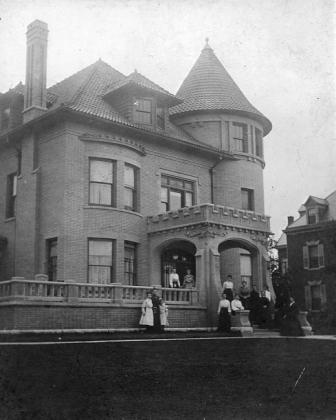 The Schnull-Rauch House was gifted to JLI in 1979. JLI’s offices were located there until the house was sold in 2009.

In the fall of 1922 ten women established Junior League of Indianapolis to promote voluntarism.  Throughout its history, it has demonstrated effectiveness with trained volunteers through a wide variety of projects and community activities.  From its first efforts to equip and maintain the occupational therapy department at Riley Hospital, to currently preparing students for academic success, it has served as a catalyst by partnering groups with organizations to build better communities in Indianapolis and surrounding communities.

AJLI is the national organization supporting all Junior Leagues, representing more than 180,000 women in 294 Leagues in the United States, Canada, Great Britain and Mexico.

Long committed to historic preservation, the Junior League of Indianapolis housed its headquarters at the Schnull-Rauch House.  Built in 1904 by renowned architect Bernard Vonnegut, it remains one of the few examples of Frenco Romanesque architecture in the city.  The house was acquired by Junior League of Indianapolis in 1979 from John G. Rauch, and sold to the world-renowned Children’s Museum

The Junior League of Indianapolis is proud to have been involved with thousands of community organizations over the years.